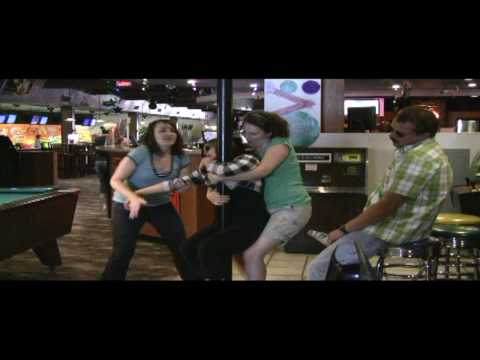 A couple of years ago, a couple friends and I put together this fine film for the 48-hour film festival. Basically, we spent two days getting high, bowling, swimming, eating pizza and, oh yeah, GLORIOUSLY REVIVING THE MAGNIFICENT WEEKEND AT BERNIE’S FRANCHISE. I wrote most of the dialogue and even acted a little (I play my most treasured role yet: Sexually Frightened Dead Person Wrangler). We didn’t win among professionally produced films, but the Phoenix New Times did call the film “the funniest (and shortest) sequel to an ’80s movie.” Not too shabby.

SIDE NOTE: My parents showed this to my Grandma, who had neither seen Weekend at Bernie’s, nor anything on the Internet ever. She described the video as “terrifying.”

Click here to receive monthly notices of my descent into madness.

UPDATE: Area toddler still cute
MESA! I’ll be in your downtown tonight telling jokes at @jarrodscoffeeteaandgallery with other funny ladies. Afterwards we may or may not form a coven. Come and find out.
TONIGHT: I am performing at a Very Holiday Island Time at @yuccataproom. Please accept this picture of Fiona gracefully stepping into the role of Belle as promotional material.
%d bloggers like this: